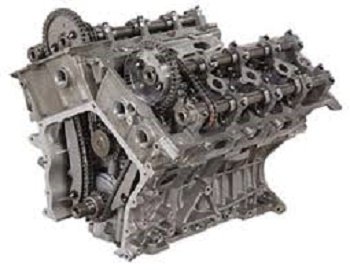 The Dodge 2.7l engine EER version debuted in 1998 and is built in Kenosha, Wisconsin. It is a DOHC 4-valve design. Bore is 86 mm and stroke is 78.5 mm. Furthermore, it is an aluminum block with cast-iron cylinder liners and aluminum heads. Output has varied depending on the application but typical was 200 hp at 5800 rpm with 190 pound force-feet of torque at 4850 rpm. In terms of emissions, this was a TLEV engine; it runs on regular-octane (87) gasoline. Compression when launched in 1998 was 9.7:1 (increased to 9.9:1 in the LX cars). Redline occurred at 6,464 rpm, originally; and at 6,600 rpm as revised for the LX. The 24 valves are actuated by hydraulic end-pivot roller followers and hydraulic lifters. Fuel injection was sequential for six ports for all engines.

While the Dodge 2.7l engine differed from the 3.5 liter engine from which it was derived in many ways. The Magnum version featured a variable intake system to create a supercharging effect at different engine speeds. A three-row chain replaced the timing belt of the 3.5 liter engine. And the 2.7 in the LX also has electronic throttle control and an enhancement to the intake manifold (described in greater detail below). Because the former to allow for the use of electronic stability control.

In 2004, the Dodge 2.7l engine was adapted for use in the LX series of cars, dropping peak power to 189 hp at 6400 rpm and 190 pound force-feet of torque at 4,000 rpm. But increasing torque at launch and during mid-range operation for everyday driving. Chrysler claimed that part-throttle torque was increased by up to 10% in the primary driving range, 2100–3400 rpm. Horsepower again dropped in 2009 on the LX cars to 178 hp on the Chrysler 300 and Charger, but remains at 189 for the Chrysler Sebring.

Oil sludge and other known problems

So buildup of oil sludge is a common issue that plagues this engine early on in its life. Poor design, and higher than average operating temperature are all factors in why this occurs . The Dodge 2.7l engine V6 have suffered from oil sludge contamination. In February 2009, five separate class action lawsuits related to the alleged oil sludge defect were consolidated to the District of New Jersey. During and due to the Chrysler bankruptcy proceedings, there was concern among consumer advocate groups that Chrysler’s proposed “free and clear” sale of assets to “New Chrysler” would allow the automaker to avoid liability for the oil sludge defect.

Since the Dodge 2.7l engine was affected by an oil sludge problem and premature timing chain tensioner failure, which were fixed around 2002-2004. Yet the oil sludge issue appears to have been caused by issues with the crankcase ventilation system, and while it affected a minority of engines, it could cause complete failure.  In some cases, neglected maintenance aided in premature failure (missed oil changes or increased intervals between oil changes). Also this engine was plagued with issues regarding the water pump gasket leaking coolant internally and diluting the oil. Most of all such coolant leaks must be addressed instantly or engine failure is imminent.