How Often Do I Need to Change My Oil?

Remanufactured Engines  /  Car Care Articles  /  How Often Do I Need to Change My Oil? 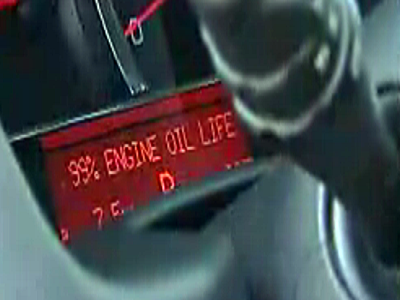 How Often Do I Need to Change My Oil?

Most drivers have grown up with the traditionally advertised oil change recommendation of 3,000 miles. But if you’ve bought a new car within the last ten years that interval may no longer be necessary.

In fact, if you’re driving a car that’s less than five years old, you may only need to change your oil every 7,500 to 10,000 miles. Some models don’t require an oil change more frequently than every 15,000 miles. Synthetic oil can help your engine last longer, and may even allow car owners to go up to 20,000 miles between changes. If you’re changing your oil too frequently you’re simply wasting money and oil.

In the 1970s, typical cars used 10W-40 oil, which tended to wear out within about 3,000 miles. Thanks to improvements in high-quality lubricants and tighter tolerances in the assembly of automotive engines. The 3,000-mile baseline does not apply to many cars on the road today. In fact, automakers now recommend oil changes at 5,000, 7,000, 10,000 or even as high as 15,000 miles for newer models under ideal driving conditions.

A 2012 survey by CalRecycle indicated that almost 10 million Californians change their motor oil every 3,000 miles or more often. Using more than 114 million gallons of motor oil each year. Enough oil to fill 173 Olympic-sized swimming pools. And that’s just California. Imagine how much oil is being wasted across the entire United States. This by people who don’t follow the intervals recommended in their owner’s manual. “Unless you’re driving a really old car, or under super extreme conditions, there’s really no reason to change your oil at 3,000 miles anymore,” says AskPatty CEO Jody DeVere.

Let’s put that amount into dollars. Changing motor oil according to manufacturer specifications would reduce motor oil demand in California by approximately 10 million gallons per year. And could halve the amount of money those drivers spend on oil changes, which average about $25 at quick-change facilities. This can cost significantly more if your vehicle uses long-life synthetic oil. Under normal driving conditions, following the automaker’s recommended intervals will not affect your car’s engine, its performance, or your warranty.

How Do You Know When To Change Your Oil?

It’s easy: Read your owners for information on the oil change interval and engine oil best suited for your vehicle. Or simply do what your car tells you. Since 2003, General Motors has equipped nearly its entire North American lineup with the GM Oil Life System. In fact, since the 2010 model year, nearly half of American carmakers. Including Acura, BMW, General Motors, Honda, Mercedes-Benz, and Mini. These now offer Oil Life Monitoring Systems to tell drivers when their car actually needs its oil changed. These Oil Life Monitoring systems automatically monitor engine characteristics. Such as driving habits, cold starts, short-distance trips, and the climate in which the vehicle is operated, and then notify the driver when it is time to get an engine oil change.

What Is Considered Severe Use?

Your engine is considered to be under severe use when it experiences extensive idling or driving frequently in stop-and-go traffic, extreme temperatures above 90 degrees or below 10 degrees Fahrenheit. Also extreme humidity, repeated short-distance trips of less than five miles, towing a trailer or hauling heavy materials, or using E85 fuel more than 50 percent of the time. If you drive under any one of these conditions in a typical week, your driving is considered “severe use,”. You may need to change your oil more often.

Also, if you are an extremely low-mileage driver you should change your vehicle’s engine oil at least once a year. Otherwise, if your vehicle is equipped with an Oil Life Monitoring system, you can trust the info/alert in your dashboard to tell you more accurately when you need a change.

Don’t have an Oil Life Monitoring System? Consult your owner’s manual, your auto manufacturer’s official website, or authorized dealer for more information. Curious about your car right now but don’t have an owner’s manual handy?

You can find suggested oil change intervals for many makes and models all the way back to the 2000 model year on the nifty widget at CheckYourNumber.org.

Warming Up Your Car in the Cold Just Harms the Engine.