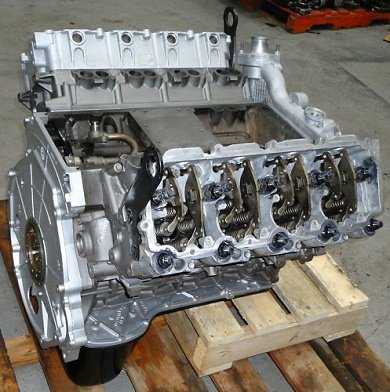 Some of the 6.0 L Power Stroke engines have proven to be problematic, and speculated to have cost Ford millions of dollars in warranty repairs and buy backs. They led to many recalls and the repurchase of at least 500 trucks, particularly in the first year. However, aftermarket parts (e. g. redesigned EGR coolers) exist to address these issues. And, with them installed, the 6.0L engine’s reliability improves greatly.

Some of the problems encountered, was the possibility of the variable geometry turbo charger to stick due to carbon deposits and/or rust buildup. This could potentially cause over boost and under boost conditions, which could lead to headgasket failure. Other problems include sticking Exhaust gas recirculation valves, restricted oil coolers. Which lead to leaking EGR coolers, and in turn blown headgasket.

Carbon deposits can be a issue with any engine with EGR, but had a tendency to lead to a domino effect of issues for the 6.0.

The major problems with the 6.0L was the torque-to-yield head bolts, which in an overboost condition would lead to a blown head gasket. And eventually a cracked cylinder head. The 7.3 and 6.7 Power Stroke engines both have 6 head bolts per cylinder. As well as the 6.9 and 7.3 International Harvester IDI engines. By contrast, the 6.0 only has 4 head bolts per cylinder.

Roadmaster Engine has the Ford 6.0L replacement diesel engine you need to get you back on the road quickly.